Our SDF Special Units, enabled by air and field support by the International Coalition forces, conducted yesterday a precise security operation in the al-Zir village , al-Busayrah town, the eastern countryside of Deir Ezzor.
The operation targeted two ISIS members who were responsible for recruiting new terrorists, manufacturing IEDs for the terrorist cells, and conducting terrorist attacks against our forces in Deir Ezzor.
Based on precise intelligence information, our forces raided the hideout of the terrorists, arrested one of them and neutralized the other who clashed with our forces, refusing to answer the call for safe surrender.
Our Counter-terrorism operations continue in the region by the SDF and the International Coalition to ensure the enduring defeat of ISIS and maintain the safety and security of the region. 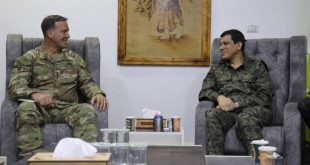 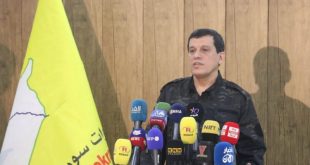 Early this evening (July 14), the Turkish occupation and its mercenaries have targeted with mortar …